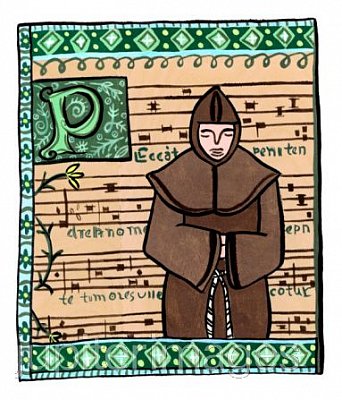 Solfeggio frequencies were sound frequencies used in Gregorian chants one of which was the great hymn of St. John the Baptist. The special tones of the Solfeggio frequency were used to unite man with his maker. They did this by undoing all the conditions and conditioning that cause separation from source, be it physical, mental or spiritual.
The Solfeggio frequencies were so effective that they undermined the power of the Vatican so they were conveniently “lost” and went into oblivion for a very long time.
It was due to the inspired Dr Joseph Puleo that the Solfeggio frequencies were rediscovered. This is explained in the book “Healing codes for the Biological Apocalypse” by Dr Leonard Horowitz.
Dr Joseph Puleo is a naturopathic physician and one of America's leading herbalists, who began his research of the Solfeggio frequencies in the mid-1970's. In his examination of the Bible he found in Numbers: Chapter 7, Verses 12-83, that there were a pattern of six repeating codes around a series of sacred numbers, 3, 6 and 9. When he deciphered these using the ancient Pythagorean method of reducing the verse numbers to their single digit integers, the codes revealed a series of six electromagnetic sound frequencies that correspond to the six missing tones of the ancient Solfeggio scale.
The Solfeggio frequencies contain the six pure tonal notes that were once used to make up the ancient musical scale, until, it has been presumed, they were altered by the Catholic Church and Pope Gregory I, (better known as "Gregory the Great"), who served from 590 to 604 AD. The Church claims that they have "lost" 152 of these amazing ancient Gregorian chants, but more than likely, they have been purposely locked away in the bowels of the Vatican archives. One of those sacred chants, however, known as, "The Hymn to St. John the Baptist," has re-emerged. It has become known as the most inspirational hymn ever written and features all six Solfeggio notes.
These are the Solfeggio frequencies:
UT – 396 Hz – Liberating Guilt and Fear
RE – 417 Hz – Undoing Situations and Facilitating Change
MI – 528 Hz – Transformation and Miracles (DNA Repair - Repair - and derives from the phrase “MI-ra gestorum” in Latin meaning “miracle". This is the exact frequency used by genetic biochemists to repair broken DNA – the genetic blueprint upon which life is based!)
FA – 639 Hz – Connecting/Relationships
SOL – 741 Hz – Awakening Intuition
LA – 852 Hz – Returning to Spiritual Order
Sound is a vibration of air whilst vibrations in the energetic field are primal and so affect everything because, as the physics and metaphysics agree, absolutely everything including mankind is vibrating energy.
So imagine the power of creating the Solfeggio frequencies energetically instead of as mere sounds – how much more benefit we could derive from it.
Life Energy Designs does just that with its own trail blazing technology that embeds the Solfeggio frequencies energetically into the crystals* in their Nu-Me and Infinity pendants.
Footnote:
*Crystals have their own intelligence which can be programmed.
Our modern day musical scale is slightly out of sync from the original Solfeggio frequencies and is, consequently, more dissonant as it is based upon what is termed the "Twelve-Tone Equal Temperament." In ancient times, the musical scale was called "Just Intonation." Our modern music also falls within the A 440 Hz frequency, which was changed from A 417 Hz, around 1914.
A 7th note was added to the modern scale in the form of a "SI," or a "TI," as in the "DO, RE, MI, FA, SO, LA, TI" vocal scale, while the original Solfeggio scale was composed of only six notes: "UT, RE, MI, FA, SO, LA."

These products are embedded with the solfeggio frequencies:

This Chi-Shell with enhanced technology that generates a protective field of 12 meters (approx. 12 yards) radius and added scalar waves in the solfeggio frequencies makes it more than just a protective product, it takes care of your health and well-being too. Measuring 4 cm x 4 cm (1.5"x1.5") and finished in nickel silver, it comes in a gift pouch which makes it a great gift too.

The most powerful EMF shielding device we now produce.

Stack them for a mighty 29 metres (31 yards) of protection. Use them individually for personal needs. Complete versatile protection to cover every place and situation. Great Feng Shui tool. This boxed set with inspirational cards and each stone in a velvet pouch is the ultimate gift – even to yourself.