The RadiSafe is certainly one of the most tested cell phone shields available on the market today. This was a major consideration when we were looking for a quality complementary product. We did our own testing using kinesiology and we used our QTB to add a boosting frequency that managed to make an already great product even better.

A good test for you to do is to notice how much heat you feel in your head after a long cell or cordless phone call. Note the same after the RadiSafe is applied for a cool surprise!

THE TWO PHOTOS BELOW SHOW THE POSITION OF FACE AND EARS WHEN USING A MOBILE PHONE:

PHOTO 1 : WHEN EXPOSED TO MOBILE PHONE RADIATION WHILE TALKING. (RED)
PHOTO 2 : WHEN SAFE GUARDED BY A RADIATION PROTECTED MOBILE PHONE.(GREEN)
Scientists and Geologists after considerable research have found out that certain earth Minerals have the capability to successfully Harmonize the Radiation/EMF.
This is the basis of the unique Technology used in RADISAFE protective cell phone/cordless phone chips.

This product was tested for its EMF harmonizing capability through Kirlian Photography before and after affixing the Radisafe protective Chip.
A Kirlian photo of a Cell Phone was taken when it was receiving an incoming call. The photograph showed that the Cell Phone was surrounded by EMF which was indicated by the Red Yellow and Orange colors. 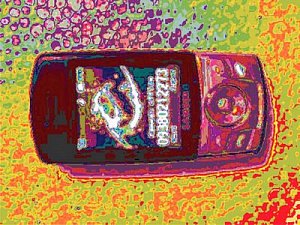 During the incoming call, a Radisafe protective chip was stuck to the backside of the Cell phone and a Kirlian Photograph was taken. Instantly the color surrounding the Cell Phone changed to Blue and Green. Thus indicating that radiation surrounding the Cell phone had been eliminated/harmonized. The color codes and their interpretations are given in Kirlian color coding instructions. 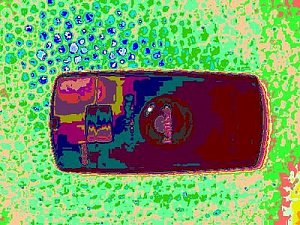 A Radisafe cell Phone EMF Harmonizer chip was stuck on to a Cell Phone which was used for 30 minutes continuously. This test was conducted with 20 Cell Phone users who felt little heat from their phones. 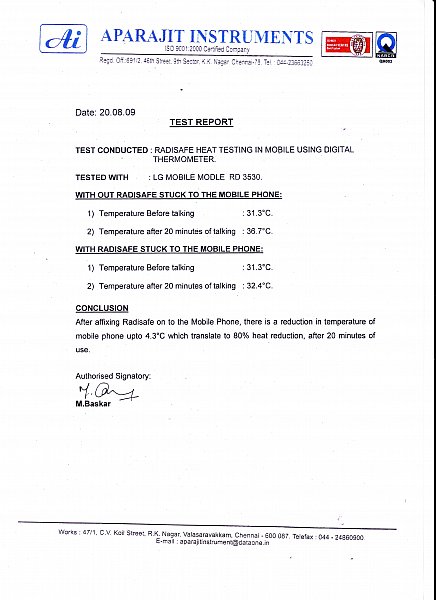 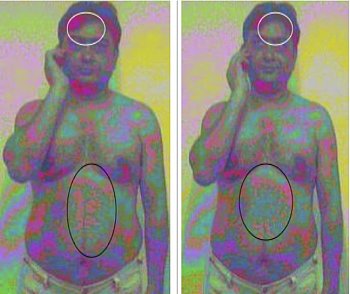 Significant changes were seen in the brow and the solar chakra. The Brow chakra which was very bright, vibrant and dominant of green before holding any mobile has suddenly become red and pooled with low red energy. This indicates negative effect of mobile on human energy field.
After using RadiSafe there is decrease in red low energy along with appearance of blue over solar chakra. Blue is considered to be a healing frequency . This is a very positive shift seen over chakras and human energy field.

Overall there are positive changes that are seen in the before and after scans. Decrease in red low energy is seen after use of RadiSafe which is a positive shift. 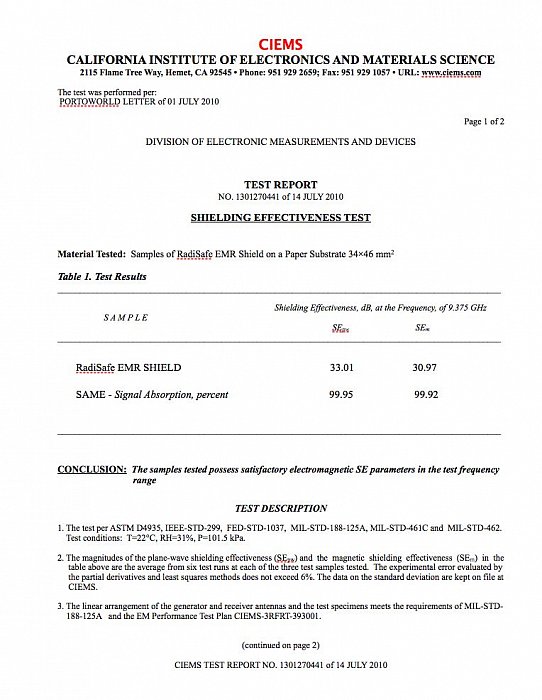 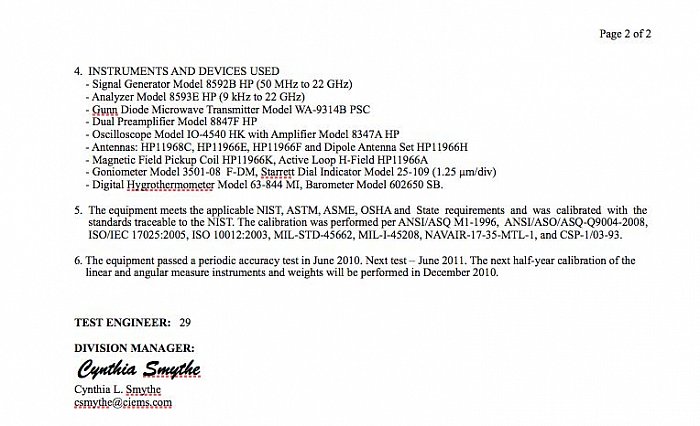 Testing of the RadiSafe was recently undertaken by doctors using simple blood pressure readings to demonstrate the effect of 20 minutes of talking on a cell phone. The same test was done with a RadiSafe-protected cell phone with a marked difference across the entire section of 25 test subjects. 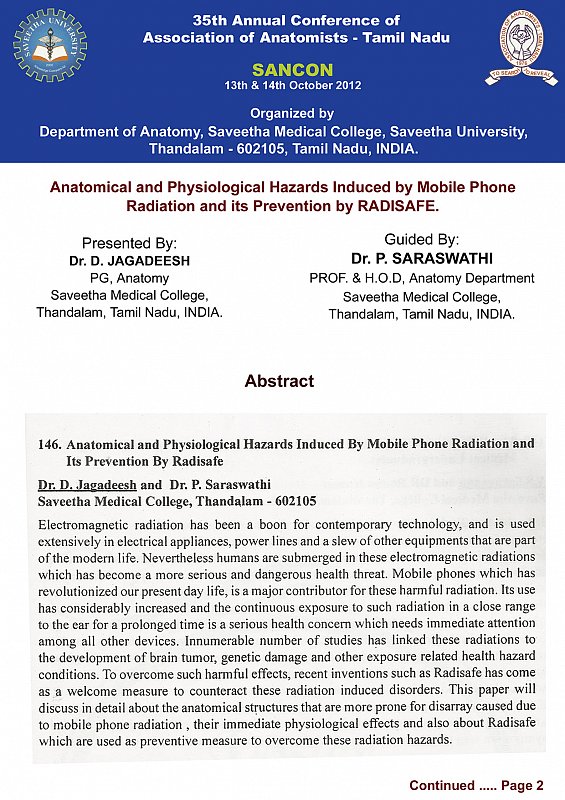 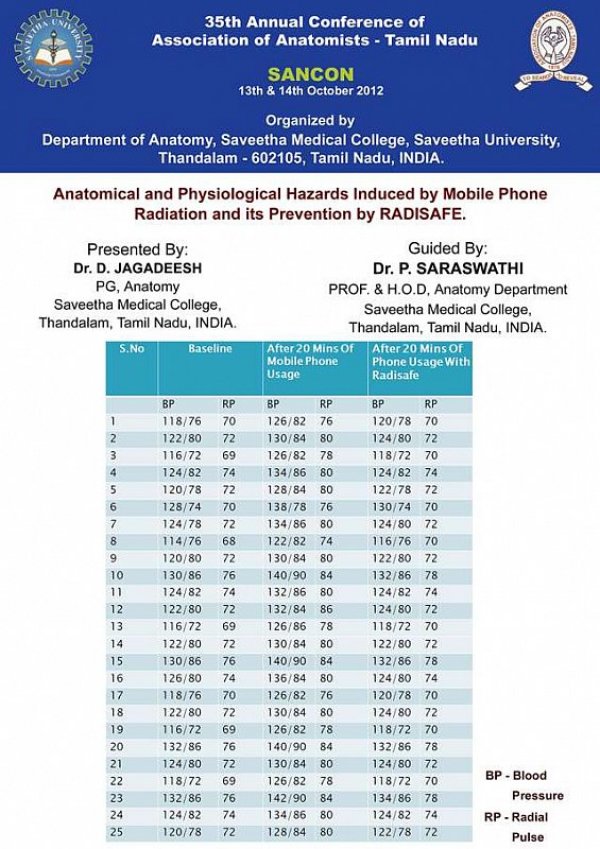 RadiSafe is now the most Tested ,Certified and Proven product of its kind in the World.