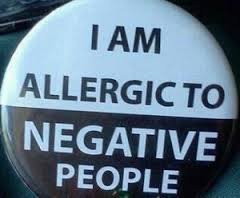 To view a video version of this blog scroll down to the bottom.

People feed of each other like vultures to get energy. They may do it in different ways, use different tactics, the result is always the same – you are left feeling drained and lousy.

Negativity is a great way of getting energy, so many people use it. Lurking round every corner waiting to accost and get a fix are predators that use negativity to suck energy.

You know the type – nothing is ever right. They have complaining down to a fine art. And what do you do? Agree with them when they tell you that their life sucks and they wish they were dead? No hardly – although you may secretly want to. You try and put a positive spin on it. It will be better tomorrow, look at the sun shining, how much they’re cared about, how precious life is, and on and on………….every word giving them energy. They soak this up and it makes them feel – GOOD.

Meanwhile you feel like a wrung out dishcloth and leave them feeling – terrible.

In an ideal encounter between people there is a fair exchange of energy. After all everything is energy, every word, every thought, every emotion. If a person is not keeping their inner battery charged then they want to plug into someone else to charge it for them. How to charge your own energy is whole subject on its own which we will investigate later together with other ways that people steal energy from others.

Rarely is there an equal exchange of energy, one person is usually the giver and the other the taker. When it does happen it is stimulating and fulfilling. Look at a couple in love they are in the moment, gazing at each other, words are sweet, nothing and no one else exists. Positive, positive there certainly isn’t any negative energy drain anywhere. After all everything is rosy, there is nothing to complain about.

Until the first flush of love, or as some cynics will have it – lust – turns into familiarity, dissatisfaction, criticism, complaining and boredom. Negativity. The energy exchange becomes unequal and the robbing of energy begins in subtle ways like unkind comments and not so subtle –flaming rows.

The honeymoon is over.

Stay away from Negative people – there is plenty of advice like this. But how? That assumes everyone is a stranger and you can just walk away and not come back. But what if it’s a family member, a spouse, a partner. Or a work colleague that you have to meet every day. Even worse a boss that has you cornered with no escape. Be real those that say don’t mix with negative people.

No it isn’t a matter of never going near negativity but rather how to cope with having your energy drained by negativity. Not easy. If you commiserate with Negative words, actions or emotions you are offering your neck to a vampire that will drink your blood with gusto.

Don’t ever, and I mean EVER fall into the trap of trying put a positive spin on their negativity. Don’t ever try and lift their negative mood – then they have you by the proverbial ****. Your outpourings of positive energy will be devoured and the more you give the more negativity you will get back. Very soon you will be drained dry and it will become your bad hair day.

Remaining detached is a big asks. But is the only way. It doesn’t have to mean that you don’t care – it is self-preservation. Look at it as a spectator to someone else’s drama – they need to play it out. Sadly you can’t pick them up and carry them to a positive place by feeding them energy. We all have to source our own – from our own inner Source. We are responsible for the upkeep of our own inner battery.

So the next time someone says “My Life Sucks” don’t get sucked into it by saying “No it doesn’t – look at all that you have got, count your blessings blah, blah, blah” because they probably won’t listen, they don’t want to hear nice words as it isn’t going to give them what they want – your energy. If you reply “It’s a shame that you feel that” and add nothing further you aren’t engaging in the energy game. Be prepared though for it to hot up in an attempt to get your energy. The energy sucker by negativity will make more and more depressing negative comments an there attempt to get you. To get your energy.

And how ever dear they may be to you don’t stay around them for longer than necessary. Done enough this may be a wakeup call, making them realize that you just aren’t going to sacrifice yourself so that they can survive. Yes – not giving your energy away is as important as that.

Staying buoyant and cheerful to counter negativity takes an awful lot of energy – you are pouring energy into a sink hole – so beware of doing this. Is a guaranteed way of making yourself feel flat.

Always If you have a Nu-Me protective pendant be sure to wear it around negative people because it will whoop that negativity away.