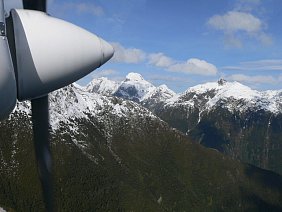 Hearing about the Fiords in Norway at school was the start of a dream. So on coming to New Zealand and learning that it has fiords of its own I was determined to make that dream a reality. But it was put on the back burner. There were way to many other priorities like starting a new life.

The opportunity, however, eventually came.We arrived at Queenstown encircled by dramatic snow-clad mountains. But my excitement was tainted on hearing that an avalanche the week before had closed the road to Milford Sound the most traveled fiord. the only other one accessible by road takes five hours to reach, then five hours back. I knew that my body would no longer cope with sitting on a bus for ten hours plus the boat trip - all in a day! flights had been unable to make it for two weeks. I was resigned, I was determined it was not going to spoil our break.How could I squash the disappointment completely though when this was the main reason why I had come - to fulfill a dream that had lasted almost a life time.

To hell with the cost. Though we knew it was a long shot when we booked the flight for Sunday, two days away. On the Saturday they couldn't fly. It didn't look hopeful. But we wouldn't know for sure until nine Sunday morning and they would pick us up fifteen minutes later. That meant being dressed and ready - for a let down?

Whopi it was on. The twin engine plane carried ten including the pilot. It was up tight and cosy.The plane flew over snow-tipped mountains and frozen lakes. Words are incapable of describing the colors,shapes and my feelings.It was awesome. Excitement over ruled my lurching tummy as the little craft hit air pockets.This was above and beyond my dream.

It was when we flew between two mountain peaks, so close that the wing tips seemed only inches away, that I felt an all consuming calm. A oneness. As if I, the mountains, in their luxurious coat of snow,that all around above and below merged. No separation. No division. Time stopped. Peace filled me.I touched God. 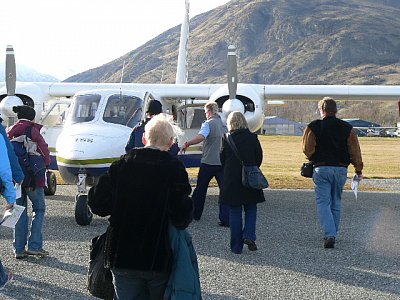 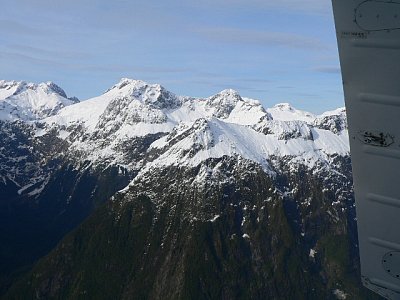 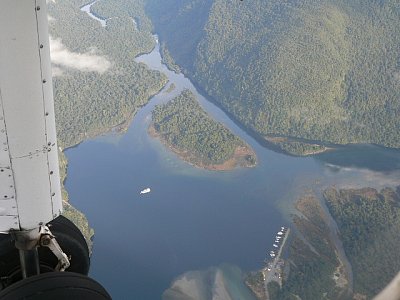 The next day the weather closed in again and no flights were possible for several more days!

Proof absolute that dreams do come true. The Universe is always on our side - the only thing we have to do is trust.

PS the fiord was the Magic of the universe. (magic is used as in its meaning as per The Oxford English dictionary: Any extraordinary quality or power.